With highly anticipated sequels, long-awaited reboots, and promising remakes on the horizon, 2023 is set to be an excellent year for gaming. From open-world epics to gritty loot grinds, here are the most anticipated games in 2023 we can’t wait to sink our teeth into! 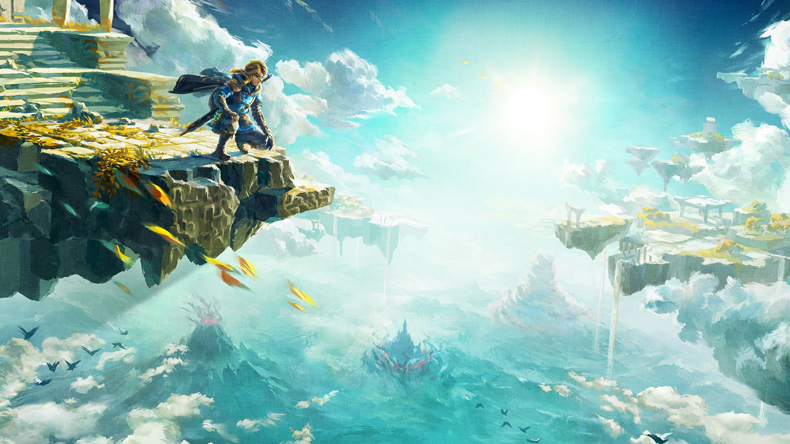 The Harry Potter franchise has a storied history of video game tie-ins. From movie adaptations to Quidditch games, Kinect titles, and Lego spinoffs, the Wizarding World is no stranger to gaming. Hogwarts Legacy promises to be something special though. Avalanche Software is teasing a huge, hand-crafted open-world RPG with a focus on exploration, combat, and storytelling. Set for an initial February 10th release on PS5, Xbox One Series X, and PC, we’re hoping this lives up to the hype.

In a move that surprised precisely no one, Capcom recently announced their next title: Resident Evil 4. This full-blown remake of the PlayStation 2 classic is bringing next-gen visuals, modern gameplay, and a host of subtle changes and improvements to this fan favorite. Following the huge success of Resident Evil 2 and Resident Evil 3, this was a pretty obvious decision, but time will tell if fans of the original will take to this new version.

The Legend of Zelda: Tears of the Kingdom

2017’s Breath of the Wild was something of a revelation. Raking in countless Game of the Year awards and universally acclaimed by critics, Nintendo’s ambitious open-world Zelda title was exactly what the franchise needed. Fans have been itching for the follow-up and, after six years, they’ve certainly been kept waiting. The Legend of Zelda: Tears of the Kingdom is perhaps 2023’s most anticipated title. It certainly has some very large shoes to fill.

Following the disastrous launch of Fallout 76, fans of Bethesda’s unique style of open-world RPG are crossing all their fingers and toes that Starfield won’t disappoint. Neither an Elder Scrolls nor Fallout title, it promises to be something fresh and exciting. Taking cues from No Man’s Sky, this space-faring RPG is nothing if not ambitious. Recent gameplay trailers had fans questioning whether the combat might underwhelm, but we’re hoping the game delivers.

After a decade’s wait, Diablo IV is finally here. It’s been 11 years since the shaky launch and controversial real-money auction house of Diablo III, but fans haven’t forgotten. Blizzard spent years improving Diablo III, streamlining the experience, and porting an excellent version to consoles. Hopefully, they’ve learned from past mistakes as Diablo IV promises to deliver a focused and exciting demon-slaying, loot-hoarding experience that gets back to what originally made the franchise so beloved.

Although far from the 16th entry in the long-running JRPG series, Final Fantasy XVI is just around the corner. With Devil May Cry 5’s combat director on board, the gameplay appears faster and more action-oriented, as seen in the “Dominance” gameplay trailer. Fans of the series will undoubtedly have mixed feelings about the absence of turn-based combat, though we’re hoping it delivers. Set for a June release, this will certainly be one of 2023’s most talked-about games.

These are just a few of 2023’s most anticipated games. Don’t forget Street Fighter 6, Star Wars: Jedi Survivor, and S.T.A.L.K.E.R 2: Heart of Chornobyl!

Did we miss anything? What title can you not wait to get your hands on? Let us know in the comments below!

And do check out Syed’s take on the 5 most anticipated game releases in 2023 here.