Still a relatively new technology, virtual reality, better known as VR these days, is still an open book of possibilities in 2023. From Half-Life Alyx to SuperHot VR, this new corner of gaming has provided us with a handful of amazing experiences, though much of the platform’s output can be described as gimmicky. With Sony and Facebook doubling down on their support for the VR technology, it’s clear it isn’t going anywhere. 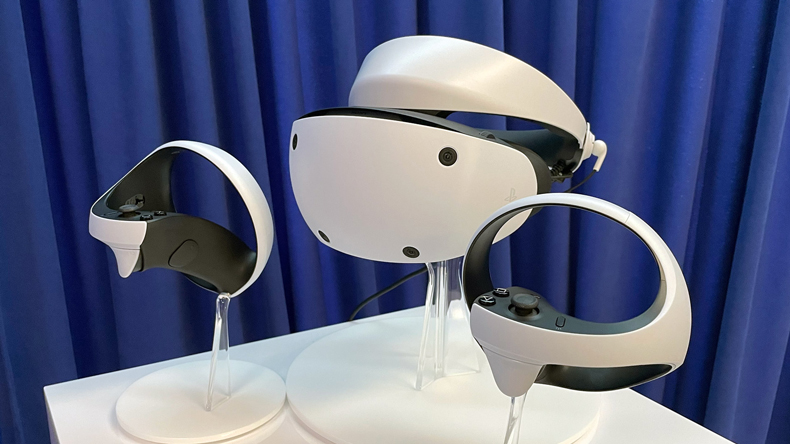 With more companies getting in on the action, it’s clear that the technology’s applications outside of gaming are attracting attention. But what does that mean for VR gaming? Is there still a future for interactive virtual reality entertainment, or are we seeing the last-ditch efforts of a medium without staying power?

Perhaps the most promising option, Sony’s second generation of VR kit aims to fix the issues of its predecessor. Utilizing the PS5’s increased processing power and its 4K OLED HDR displays, PS VR 2 is quite a leap forward. The dedicated VR controllers should also dramatically improve the user experience, while the cabling has been reduced to a minimum. Furthermore, advanced features such as head haptics and improved eye tracking should make the generational leap tangible. With a $500+ price tag, however, PS VR 2 is going to have to work hard to prove its worth.

Oculus – now Meta Quest – is set to release its third iteration. The Meta Quest 3 offers a more reasonable price point, but it doesn’t have quite the software backing that Sony can muster. That said, Facebook’s upcoming device does have the recently rumored Assassin’s Creed Nexus and GTA: San Andreas, as well as a number of in-house productions in the works. The biggest difference between the two devices, however, comes from Meta Quest’s mixed reality capabilities. Unlike PS VR 2, it is built to support both VR and AR, making it easier to switch between digital and physical reality. Time will tell what will come of this innovation, although we expect to see this become a staple feature as AR continues to develop.

VR in Games and Software

Ultimately, though, what is a gaming platform without games? Not much. The technology may be rapidly improving, but gamers are going to need quality software support to make the hefty $500+ investment worthwhile. The aforementioned Assassin’s Creed Nexus provides Meta Quest with a big title, while Sony has titles such as the anticipated Behemoth, Firewall Ultra, Firmament, and more. Titles such as Ghostbusters: Rise of the Ghost Lord and Hellsweeper VR will be available on both platforms. It’s clear that developers are getting more intrigued by the potential of VR, but will the games deliver?

The future of VR is exciting but uncertain. Sony has committed to expanding their hardware output, while competitors continue to throw their hats in the virtual ring.

What do you think? Will you be getting PlayStation VR 2 when it launches, or do you have your eyes on Meta Quest 3? Let us know in the comments below!